Its been a rough couple of weeks for the cryptocurrency market. Bitcoin (BTC) price is nowhere near the price estimates of most analysts, multiple...
Read more
ALT

Terraform Labs will put the proposal up for a governance vote on May 18 Asia time. 4883 Total views ...
Read more
ALT

The selling in Bitcoin (BTC) is showing no sign of abating and Bitcoin has fallen for seven straight weeks for the first time ever....
Read more
ALT

Bitcoin (BTC) bounced 19% from the $25,400 low on May 12, but has investor confidence in the market been restored? Judging by the ascending...
Read more

Bombastic projects like the one BBC was about to publish give the crypto industry a bad rep. 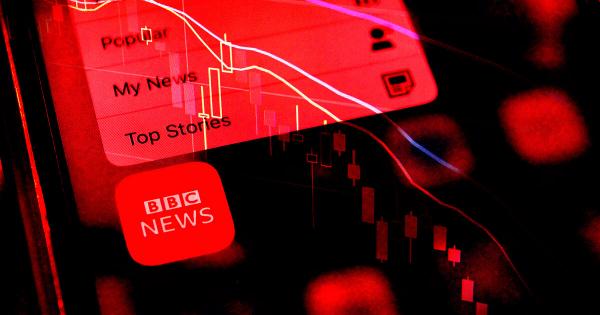 Earlier this week, the BBC pulled a documentary about a crypto trader after the Guardian raised questions about the legitimacy of its claims.

The U.K. broadcaster quickly removed the documentary from its program but offered no explanation on whether or not it performed any background checks. The Guardian called the incident an “embarrassment” for the corporation, saying it lacked proper editorial oversight which caused a degraded performance of its news output.

However, this incident is a symptom of a much bigger and deeper problem that can have a profoundly negative effect on the crypto industry.

The dark side of easy crypto money reports

The BBC’s controversial documentary, titled The Crypto Millionaire, told the story of Hanad Hassan, a 20-year-old crypto trader and entrepreneur from Birmingham. In the documentary, Hassan claimed he turned a $50 investment into $8 million in 2021, making a return of almost 16 million percent in just nine short months.

An article entitled “Birmingham’s self-made crypto-millionaire giving back” accompanied the trailers for the documentary and was featured heavily on the BBC News homepage. The article told the story of how Hassan turned a tenfold profit just days after his first crypto investment and left university to focus full-time on crypto trading.

According to the article, Hassan used his “soaring wealth” to donate to charity and set up a charitable cryptocurrency that donated over $270,000 to various causes. The token, called Orfan, shut down last year in what its investors claimed was a premeditated scam. Hassan, however, said that he shut the project down after it became too costly for him to fund and maintains that he had nothing to do with investors dumping their tokens.

And while incredible profits like one Hassan claims to have made aren’t all that rare in the crypto market, promoting them on mainstream media outlets as big as the BBC gives the entire industry a bad name. Last year, BBC reported reaching an audience of 465 million people every week across its five network TV stations. The BBC News website has an average of 14 million monthly readers, making it one of the largest online news outlets in the world.

This means that any coverage of crypto-related stories on BBC bears quite a lot of weight, as it’s often taken at face value by millions of people. Putting stories like Hassan’s into the spotlight familiarizes the broader market only with the riskest and most unsustainable parts of the crypto industry, delegitimizing the hundreds of projects that are working to prop the industry up.

Stories about profits of 16,000,000% are guaranteed to bring quite a bit of traffic but are also likely to attract the attention of market regulators. The Financial Conduct Authority, the U.K.’s top market watchdog, has been cracking down on cryptocurrency trading and advertisements and is reportedly looking into limiting crypto trading only to accredited investors. The FCA has also instated strict AML regulations that only six cryptocurrency companies managed to fulfill. A total of 96 companies currently remain in regulatory limbo, while more than half of the 153 companies that applied for FCA’s permit have either been rejected or have withdrawn from consideration.

All of this creates a very unstable regulatory environment that could easily turn for the worse for the industry thanks to stories like the BBC almost ran.

A history of BBC’s editorial negligence

The Guardian’s criticism of the BBC focuses more on the lack of its editorial oversight than on the outlandishness of the documentary it almost broadcast. The publication said that this wasn’t the first time the BBC published controversial coverage of cryptocurrencies and the crypto industry.

“The BBC has a patchy track record of covering cryptocurrencies and publishing stories about young entrepreneurs making large amounts of money from online trading,” the Guardian said.

Last year, the corporation promoted the play-to-earn cryptocurrency Squid Game, which saw its value drop to almost zero after its developers made off with $3.38 million in an apparent rug pull. In 2020, the corporation removed a BBC Three show about a 20-year-old trader from Wales who claimed to be making more than $10,000 a day from trading cryptocurrency. At the time, the BBC said it removed the show as it wasn’t “explicit enough about the potential risks involved” in forex and crypto trading.

The BBC’s editorial negligence can be traced back to 2020 when the corporation began cutting its budget to increase profitability. As part of the budget cuts, the corporation canceled the long-running “Inside Out” regional current affairs show, which has 11 regional editions.

These abrupt budget cuts resulted in many of its investigative journalists and editors based outside of London losing their jobs. In the months following the cutbacks, the quality of BBC’s regional broadcasts drastically decreased despite efforts to keep these shows afloat.

“The Crypto Millionaire” documentary was supposed to be aired as part of the “We Are England” show, which was recently launched to replace the “Inside Out” series.

Featuring a summary of the most important daily stories in the world of crypto, DeFi, NFTs and more.

Get an edge on the cryptoasset market

Access more crypto insights and context in every article as a paid member of CryptoSlate Edge.

Op-Ed: Crypto is under attack

Opinion Crypto is now a real existential threat to the traditional financial system and someone is really...
Read more

Its been a rough couple of weeks for the cryptocurrency market. Bitcoin (BTC) price is nowhere near the price estimates of most analysts, multiple...
Read more
ALT

Terraform Labs will put the proposal up for a governance vote on May 18 Asia time. 4883 Total views ...
Read more
ALT

The selling in Bitcoin (BTC) is showing no sign of abating and Bitcoin has fallen for seven straight weeks for the first time ever....
Read more
ALT

Bitcoin (BTC) bounced 19% from the $25,400 low on May 12, but has investor confidence in the market been restored? Judging by the ascending...
Read more
ALT

Bitcoin (BTC) has been relatively calm during the weekend as crypto traders try to rebuild the markets after the Terra LUNA debacle. With macro...
Read more

Why You Need to Check Out the Third Eye Ape Society